Are You Afraid Of Failing In Your Business? Don’t Be! I Failed Too…

JTB Consulting
Awareness
Are You Afraid Of Failing In Your Business? Don’t Be! I Failed Too… 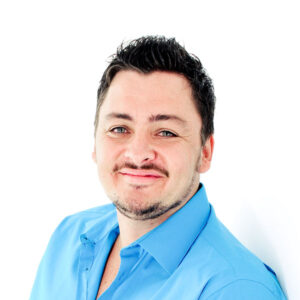 In our society, failure has become some sort of an unmentionable occurrence. None of us likes to talk about it. But we all know it’s there.

Scrolling through articles, social media posts, etc. we look at other “successful entrepreneurs” and immediately these images and narrative invites us with the allure of ample time and freedom to travel the world and live according to our own terms. It entices us with the impossible promise of vast riches and unfathomable fortunes. With our obsession with the social media comparison game running rampant, today you hear so much about the successes and the achievements of other people – and that makes failure seem like that much more of a dirty word, particularly when it comes to starting your own business.

But these images and narrative is only a smokescreen we believe without questioning its legitimacy. No one (especially these social media icons) tells you about that “20 hour days, 7 days a week, knot in your shoulders, stressed relationships, maxing out of credit cards, delving into your retirement savings, selling that second car, cutting on luxuries, insomnia-filled nights, hermit-like crouching in front of your PC, door slammed in your face” part of the entrepreneurial journey. Which, from my own personal experience, constituted 99% of the first 3 years of my entrepreneurial journey.

As the potential fear of failure grips, us, our bright-eyed, bushy-tailed dreams begin to evaporate in a cloud of smoke.

Let me be blunt…

What is it about failure that’s so powerful?

As an entrepreneur, this stifling feeling has overcome me many times. I’ve been gripped by that sudden and urgent fear that has suffocated me. And you know what? I personally did fail on numerous occasions.

Before I started JTB Consulting I started and tried various business ventures. From training youngsters on financial literacy to recruiting interim executives. Not even to speak of being a virtual assistant and destination consultant.

I made a little money here and there, enough to cover the bills in some months, but none of these ventures stuck. I got knocked down.

A real Mike Tyson right hook to the face that I called my “Entrepreneurial Dream”.

Looking back on it now, I can tell you that this fear compelled me not to act on things that I knew could change my business. I was too afraid to pick up the phone and cold call businesses pitching my services. Too afraid to approach alliances, affiliates or partners. What was I so afraid of? Rejection? Scolding? Something else? When I think about it, it was the potential for pain. It wasn’t so much the failure itself that I was afraid of, but more so the fear of failure.

That fear stopped me from taking action.

I came from more than a decade in a highly successful corporate career where I didn’t fail. When I started in sales, I had a closure rate of more than 75%. When I moved to business development, I closed large deals at boardroom level without breaking a sweat. When I had my chance at managing large teams, I showed them how to be successful and they were.

So, with this high-flying, dare I say the arrogant attitude of mine, leaving the corporate world on this high was the perfect stepping stone to continue this success as an entrepreneur.

How wrong I was.

Closing a deal worth hundreds of thousands in a corporate environment was child’s play.

Trying to convince someone to spend a mere R1,000 on my new entrepreneurial venture was impossible. Why? What did I do wrong? I did not know failure of this magnitude. And then the fear crept in… self-inflicted mental confinement that I couldn’t extricate myself from. Know that feeling?

I can attribute the death and destruction of two past businesses to this horrifying fear.

We all have this massive negative voice.

It’s loud and disobedient. It berates and belittles. You’ve likely heard it before. It tells you that you’re not good enough. Not smart enough. Not capable enough to succeed. It begins to help you conjure up these what-if scenarios, unnecessarily creating an air of stress and anxiety. It becomes hard to breathe as you attempt to overcome this negative voice in the mind. It asks you what will others think of me when I fail? It tells you how others will laugh at you. Here you were a few months or years ago on the brink of this new business venture, and today, you are closing the doors to your dream that was never really opened.

Here’s my reasons why fear of failure is absolutely ruining your business, very much like it ruined many of mine.

According to Sir James Dyson, the inventor, and founder of Dyson Ltd., “The key to success is failure… Success is made up of 99 percent failure.” He should know! Creating the bagless, world-famous vacuums now bearing his name cost Dyson his life savings and 5,127 prototypes. What would’ve happened if he gave up after the 10th, 100th, 1,000th, or even the 5,126th, attempt? Vacuums would still be inefficient, and Dyson wouldn’t be a billionaire.

Established in 2006, we have successfully written more than 12,500 Professional Business Plans for clients across 25 countries. As South Africa’s Leading Business Plan Company, we are confident that we would be able to assist you too. Kindly note that we also offer “Investor Pitch Decks”, “Excel-based Financial Models”, and “Proposal/Tender Writing Services” in addition to our Custom Business Plan Writing Service. Please visit our Services page for more information.

Financial Model Design is one of the most important components of Business- and Strategic Planning. A Financial (Projections) Model has

7 Reasons on Why Financial Models are Important

The Business Plan and 4 Superb Philosophies when Writing One

Creating a new business is a process fraught with difficulty and failure and many businesses fail in the first twelve months of trading.
Most businesses operate in competitive markets: They have to compete against and out manoeuvre competitors in order to answer the question of how they will gain market share and establish a competitive advantage. Not all organisations arrive at the same answer and for good reason. 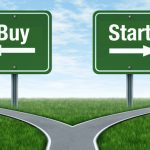 Buying a Business vs. Startups: 12 Possible Reasons Why One is Better

Before I start off, let me be upfront by saying, 99% of would-be entrepreneurs out there do not have the funds to buy an existing business. But, in an ideal world, if you do have the funding available, it would be worthwhile to look at the reasons why buying a business is an easier path to becoming your own boss than starting from scratch. So why should you buy a business versus start your own?

Investor questions are dreadful to new startups. Entrepreneurs need to be prepared when pitching their start-up companies to investors by anticipating the questions they will receive. Presenting to potential investors will involve as little as 10 questions and as much as 100 questions. We have focused on the Top 10 Most Common and Most Difficult Questions that entrepreneurs can expect when presenting their Business Plan.

Startup funding is perhaps the greatest challenge to new companies. Startup companies are faced with many challenges, and one of these are securing funding. Securing and managing funding can be one of the most exciting – and nerve-wracking – parts of being an entrepreneur.