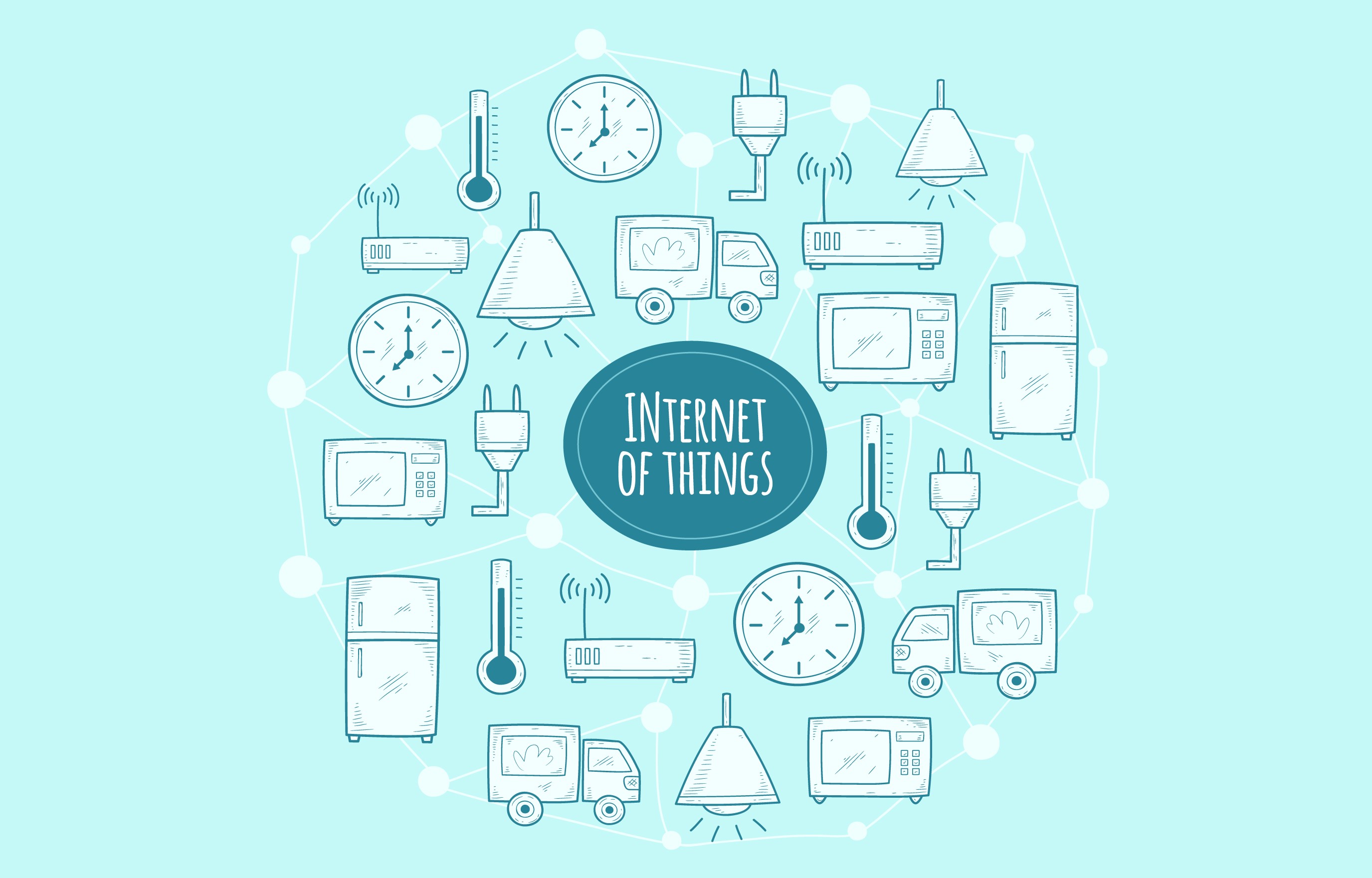 We are heading towards a world where everything is connected, not only online, but also in the physical world of wireless and wearable devices linking cars, with offices, with watches, ovens and street lights. When we add to that the tracking of activities from our smart homes by way of automated thermostats, light fixtures, smart TVs, smart meters and the smart grid, it will lead to the portrayal of the “quantified self” complete with the personal details of lifestyle, habits and activities all tracked and recorded. A person’s entire lifestyle, containing a detailed set of activities and preferences, would potentially be accessible for all to see and, through the power of “machine learning”, to analyse and make predictions about one’s future behaviour.

Today’s industrial revolution is the Internet of Things (IoT)…

If a company’s new electronic product isn’t connected and their business model doesn’t include a service component then they are losing relevancy and mindshare of their customers and falling behind their competition.  Gartner predicted that in 2017, more than 50% of IoT solutions came from start-up companies less than three years old. While shipments of IoT enabled devices in 2020 are expected to hit 25 billion.

There are now twice the number of connected devices on the planet than there are humans. However, be it smart meters and thermostats, or smart pumps and motors, or sensors and robots, there is no common connectivity language in the IoT. Amid competing technologies including Wi-Fi, Bluetooth, cellular and radio frequency, and numerous versions of each, the communications landscape is complex and unsettled.

The inclusion of Wi-Fi and Bluetooth in smartphones, laptops and other personal electronics has led to their popularity within the Internet of Things.

The Internet of Things (IoT) is counted among emerging technologies that promise to transform the South African market. While the opportunity for IoT is young in South Africa, its potential influence is far-reaching.

For example, in the mining industry, devices monitor air quality, seismic activity, shaft stability, equipment wear, and energy usage. In the logistics industry, sensors track and monitor vehicles and routes for efficiency and safety. The possibilities are endless.

With all of these benefits comes risk, as the increase in connected devices gives hackers and cyber criminals more entry points. A recent study by Ernst & Young in cooperation with Bitkom Research states that security concerns are the biggest obstacle in the industry when it comes to implementing IoT projects. This is not at all surprising; after all, the networking of machines involves highly sensitive data.

Adding more devices, sensors, and things to your network also has the potential to increase your attack surface. This is because the IoT is intimately linked to business-critical processes and because the IoT significantly broadens the surface of attack of business intelligence systems.

The growth of the South African IoT market is estimated to reach more than $2 billion by 2020 and is set to revolutionise all sectors, including Home, Retail, and Commercial sectors.

2018 was a breakout year for South African businesses to recognise the business value of the implementation of the Internet of Things (IoT) as the emerging technology becomes more mainstream. This was according to Andries Lombaard, country manager of IDC SA, addressing the Internet of Things Conference in Sandton last year. Lombaard said companies need to get practical when implementing IoT solutions. “If organisations are to derive concrete value from IoT, they need to move away from betting on futuristic and hypothetical solutions and focus on pragmatic use cases that can produce immediate results. The main question we as organisations should be asking ourselves is: how do we apply a lot of the ‘stuff’ that is happening in this space to local South African consumers?

The IDC predicts the addressable market opportunity for IoT in South Africa will grow to $1.7 billion by 2021, although because the ecosystem is fragmented, so is the value.

A recent report by IoT Analytics shows the $11.4 billion global smart home market is currently growing at 95%, driven by voice-enabled home gateways and new smart appliances. The report data reveals that the Smart Home market has grown 95% between Q2/2016 and Q2/2017, reaching a quarterly revenue of $3.3 billion in Q2/2017 ($11.4 billion over the last 12 months). The United States currently make up almost 50% of global Smart Home revenue, followed by South Korea ($283 million), Germany ($201 million) and the UK ($184 million).

Riaan Badenhorst, GM of Kaspersky Lab Africa, explains: “These figures demonstrate that most of our professional and personal lives have become ‘digital’ and digitally integrated today. Whether at home or while on the move, this connected lifestyle offers ample opportunity, ease and convenience. “However, it also comes with some very serious cyber-related risks that shouldn’t be ignored, especially as we see more cyber criminals eagerly looking for ways to take advantage of the growing IoT trend.

There are some very real, and valued, concerns linked to a connected lifestyle and a connected home. Home automation and smart appliances will be the two fastest-growing segments of smart homes over the next five years, generated mainly through entertainment, automation, healthcare and connected devices.

Industry 4.0 – smart new automation tools and technologies – is rapidly changing the face of manufacturing and industry around the world. Without a concerted effort to change industry processes and infrastructure, and upskill the workforce, South Africa risks falling behind the world in its efforts to become a player in the global manufacturing market. However, new industry initiatives are emerging to address the skills short-fall and help propel South Africa into a smarter era of manufacturing.

In this era of control and digitisation, new technology requires installation by electrical contractors. The evolution of engaging Industry 4.0 is the next chapter in global industrialisation; it will change the tempo and efficiency of how world production moves, and the electrical contractor is at the centre of this, ready to perform a new job: enable systems, equipment, and operations to automate with Industry 4.0, and exploit this lucrative opportunity.